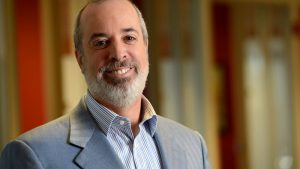 I was asked to re-post this Ric Edelman radio show item from a few months ago by reader “Neal”, so here it is again.  Thanks for asking, Neal.

Also, thank you again to Ric Edelman for talking about The Devil Dragon Pilot on his national show. Ric has always been a very strong supporter of the military and veterans, as well as first responders such as police officers and nurses.  Please be sure to check out his new book here.  Thank you!

Ric Edelman, the #1 NY Times Best Selling Author and Financial Planner mentioned the book “The Devil Dragon Pilot” on his national radio show The Truth About Money during his past airing on December 2, 2016!  The episode can be downloaded here on iTunes or off his website here.

“This is cool…I got a shot out in a new novel!” Ric announced on the air, after describing how he fit into the military-aviation themed thriller.

Our main character, Captain Ford Stevens, is a fan of Ric Edelman. In one scene, after getting picked up by the FBI in Washington, DC for “something”, Ford and two FBI agents listen to Ric together as Ric gives advice to a caller on how much cash savings the caller should have. Although Ford Stevens follows Ric’s advice, he has more on his mind at the moment than cash.

Ric Edelman is a #1 New York Times bestselling author. With more than 1 million copies collectively in print, his eight books on personal finance have been translated into several languages and educated countless people worldwide. The Truth About Money was recognized with an Excellence in Financial Literacy Education (EIFLE) Book of the Year Award from the Institute for Financial Literacy (March 2011), a Gold Medal Axiom Award (March 2012), an Apex Award (June 2011), and was named Book of the Year by Small Press magazine (1997). The Lies About Money was awarded the Axiom Personal Finance Book of the Year (March 2008) and an EIFLE Award (October 2009). Ric’s eighth book, The Truth About Retirement Plans and IRAs, a #1 national best-seller, was published in April 2014.

Ric’s radio show has been on the air for more than 20 years and is heard throughout the country. In 2014, 2015 and 2016, Ric was named among the “Heavy Hundred” in the radio industry by TALKERS magazine. Ric’s television show, The Truth About Money with Ric Edelman, airs on more than 200 public television stations across the country and has won 8 Telly Awards.