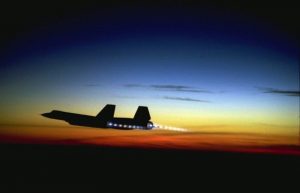 Not sure if you caught last month’s headlines, but Lockheed Martin’s Skunk Works announced that their SR-72 program is already in full-swing to construct and fly a follow-on to the great SR-71 Blackbird reconnaissance aircraft.

Lockheed told Aviation Week that their high-end tech directorates have been working on special engines (combined cycle propulsion system) that combines a supersonic jet engine with a rocket engine.  Pretty interesting stuff.  Lockheed plans on it flying it as a strike and reconnaissance aircraft that will have speeds in excess of Mach 6.

Readers may recognize some of this technology from The Devil Dragon Pilot!

One Reply to “Skunk Works Announces Info on SR-72 Program”