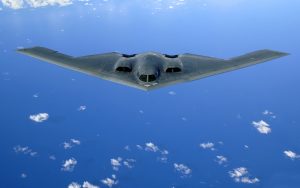 As we get closer to The Black Scorpion Pilot book rollout in fall 2018, I wanted to introduce to you a new aircraft. 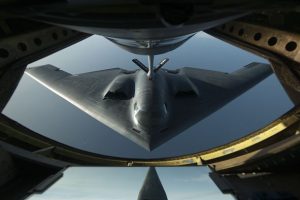 The B-2 Spirit, the United States’ stealth bomber, is prominently featured in the next book.  Without disclosing too much, Captain Ford Stevens has a need to fly inside a B-2 out of Diego Garcia.  Located south of the equator in the Indian Ocean, the strategic base is positioned perfectly for a number of needs.  And our military-aviation thriller. 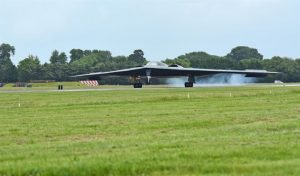 The jet has the mission of a multi-role bomber that can deliver both conventional and nuclear weapons. The aircraft brings a tremendous amount of firepower to targets, in a short time, anywhere on the earth using her stealth capability.

One Reply to “B-2 Spirit: New Aircraft in The Black Scorpion Pilot”