Is Airport Lighting the same around the world? How did Devil Dragon land?

A motivated reader named “Bob” asked if the airport lighting was the same around the world, especially in Asia. Yes, Bob!

Many of the airports around the world have some type of lighting for aircraft night flying. The differences at these airports are the type of lighting, depending on the amount of aircraft they have, and how busy they are. The lighting is always the same world-wide so that pilots can recognize the universal light colors, sequences, and locations, to help them land, taxi and take-off safely.

Some examples of lighting at airports

Airport Beacon: Airport beacons aid a pilot identify an airfield at night. The airport beacon is usually operated from dusk until dawn. As an example, some of the most common beacons found at airfields are:

Approach Light Systems: The approach light systems are used for pilots to transition from instrument flight (looking inside the cockpit) to visual flight for landing (outside the cockpit). 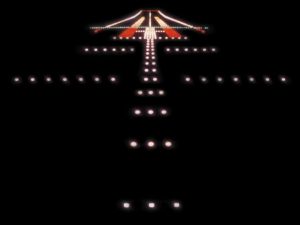 Next time you are flying, take a look outside at all the airport lighting. I bet you’ll see it differently. 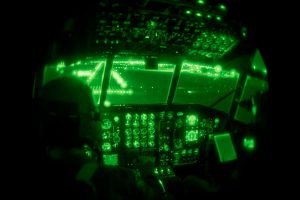